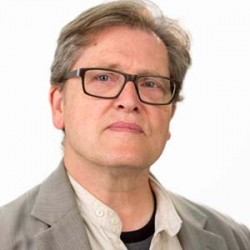 Steve Dickison directs The Poetry Center’s acclaimed reading series, as well as the American Poetry Archives collection of nearly 5,000 hours of original recordings of poets and writers (1954–present). He teaches as Lecturer Faculty in the Creative Writing Department at San Francisco State University, and as Senior Adjunct Professor in the Writing and Literature Program at California College of the Arts.