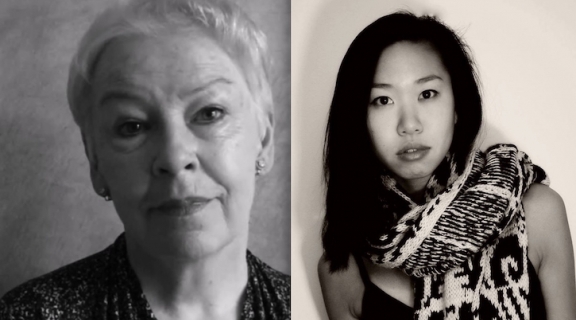 Denise Riley and Jennifer Soong, Reading and In Conversation

Co-sponsored with NYRB Poets and Futurepoem

Supported in part by the National Endowment for the Arts

This remote-access event starts promptly at 12:00 pm Pacific Time, and is free and open to the public. Media Captioning provided after the event, at our YouTube channel, and at Poetry Center Digital Archive. For other reasonable accommodations please contact poetry@sfsu.edu

Please note early start-time, to accommodate our guest and audience in the UK, and elsewhere.

The Poetry Center is honored to welcome poets Denise Riley, in a rare US appearance, and Jennifer Soong. Joining us, respectively, from London and the Eastern US, the poets will each read from their work, then engage in conversation, along with emcee Brandon Brown, and the audience.

When I was a child I spoke as a thrush, I

thought as a clod, I understood as a stone,

but when I became a man I put away

plain things for lustrous, yet to this day

squat under hooves for kindness where

fetlocks stream with mud—shall I never

get it clear, down in the soily waters.

—Denise Riley, from Say Something Back

British poet Denise Riley is one of the finest and most individual writers at work in English today, and well-known among her peers as one of a generation of poets whose works and correspondences reach across the Atlantic. A distinguished philosopher and feminist theorist as well as poet, Riley has produced a body of work both intellectually uncompromising and emotionally open. Her first collection of poems from an American press appeared in 2020 in the New York Review of Books Poets series—Say Something Back / Time Lived, Without Its Flow includes her widely acclaimed lyric meditation on bereavement, composed, as she has written, “in imagined solidarity with the endless others whose adult children have died, often in far worst circumstances.” The accompanying prose work returns to the subject of grief. Time Lived, Without Its Flow is a book, as she indicates, “not…about death, but an altered condition of life.”

Come July, the yolk of a year

is dragged to lie on lawns of velvet sheen.

over which the red sun hunches, immobilized.

With what do we lie, waiting the night

and the hot black earth to erupt from us

a muddled report? How little we do.

How little we rest. How much we demand

from the daily murders passing

—Jennifer Soong, from Near, At

Jennifer Soong was born in central New Jersey in the nineties. Her writing has appeared in Social Text, Berfrois, Prelude Magazine, DIAGRAM, and Fanzine, among other places, and been translated into Spanish. She holds a B.A. in English and Visual Studies from Harvard College and is currently a doctoral candidate at Princeton University, where she works on poetry and forgetting. Near, At is her first book. 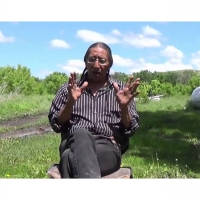 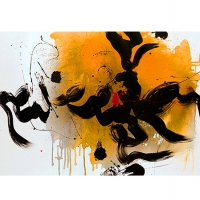 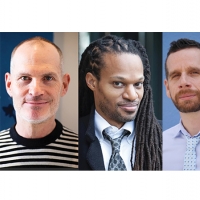